Telling a Child about a Death by Suicide

Telling a child about a death by suicide can be very challenging. Children don’t have the same understanding of death as adults. And they react differently when confronted with a loved one’s death by suicide. Here’s some advice on how to announce such news to a child. 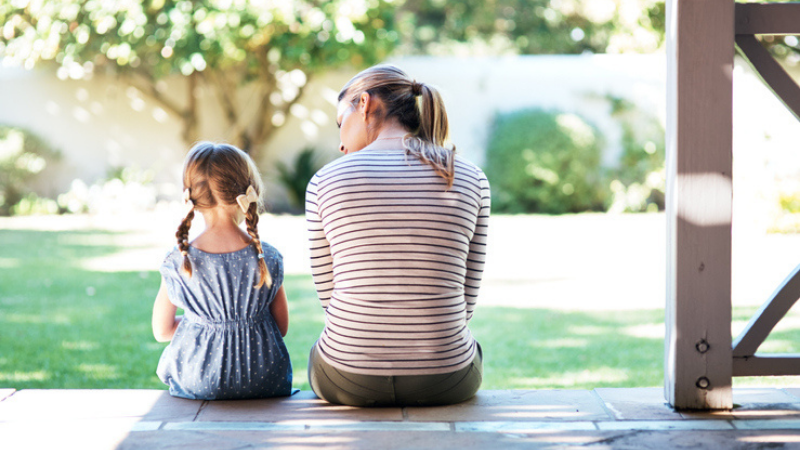 Before offering practical advice, it’s important to note that a child’s level of development will impact their ability to understand the situation. That’s why we’ve divided the content of this page into sections based on age. Keep in mind that these age categories are meant as a guideline only. Depending on their rate of development, a child’s understanding of death may be closer to the next or previous age group.

If you’re unsure about how well your child can understand the situation, ask a health professional for support based on your child’s stage of development.

How to tell a child about a death by suicide

Breaking the news to a child can be very difficult. You may be too overwhelmed by your own grief to share the information. If this is the case, it can be helpful to find someone you trust to talk to your child. The important thing is that you’re able to take care of yourself and that the child is informed. You should avoid putting the child in a situation where they are aware that something serious is happening without knowing what it is.

Here’s how to tell a child that someone they care about has died by suicide:


How to tell them


How to tell them

How to tell them

What else to tell a child about suicide

It’s important to tell the truth, but it’s also important to respect the child’s stage of development and needs. It’s enough to tell the child that the person died by suicide. That in itself is a lot to process. Children are capable of communicating what they are ready to hear and if or when they feel they need more information.

Once you’ve talked to the child, you can tell them that you’re available to answer any questions they may have. Tell them that it’s also ok if they don’t have questions. They may have lots of questions right away or they may gradually think of things they want to ask about over time.

It’s important for the child to understand that the suicide is not their fault. Just as they don’t have the power to bring the person back to life, neither did they have the power to make the person suffer to the point of taking their own life. The child also needs to know that the deceased person still loved them despite the suicide, and that if they hadn’t been suffering so much, they wouldn’t have wanted to leave the child behind.

What do I say to a child when they say they would like to join the deceased?

If a preschooler or elementary school age child say they would like to join the deceased, tell them that they have the right to feel those emotions and to want to see the deceased again, but that this is impossible.

Supporting a child who is grieving a death by suicide

A child who learns that a loved one has died by suicide needs to grieve, and you may wonder how to help them. Here’s some advice on how to support a child who is grieving a death by suicide.

Are you grieving and need help?

If you need support because you recently learned of a loved one’s death by suicide, information and advice on suicide grief can help you. If you need help, contact a qualified suicide.ca counsellor by text message or online chat or call 1-866-277-3553.

By browsing this site, you accept the use of cookies. They do not allow you to be identified.
Read more